Patients treated with non-vitamin K antagonist oral anticoagulants (NOACs) following atrial fibrillation (AF) were more likely to develop gastrointestinal (GI) bleeding and malignancies, but had lower rates of mortality than those treated with warfarin. These findings from a retrospective, nation-wide cohort study, were published in Heart Rhythm.

Data from this study were collected from the Taiwan National Health Insurance Research Database. Researchers recruited patients (N=10,845) treated with either NOAC or warfarin after AF. Patients were hospitalized between 1996 and 2015 due to GI bleeding without prior history. The researchers followed patients for 1 year and assessed incidence of GI cancers.

In total, 2.67% of patients were diagnosed with a GI tract cancer within 1 year of showing signs of GI bleeding. Cancer types included colon (64.8%), gastric (31.7%), and esophageal (3.4%). Patients who used NOACs had significantly higher rates of cancer than those treated with warfarin (3.87% vs 2.44%; P <.001). No significant correlation was reported between other comorbidities and manifestation of GI cancer.

A limitation of this study is that its retrospective design did not allow for lifestyle variables, details about cancer stage, or cancer treatment regimens to be included in the final analyses.

The study authors concluded that GI cancer was found in 1 out of every 37 patients who were hospitalized for a GI bleed following treatment for AF. Cancer was more likely in patients treated with NOACs, but these patients had lower cancer-related mortality rates overall. 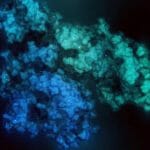