The researchers enrolled 428 pediatric patients with new-onset, treatment-naïve UC from 29 centers in the United States and Canada. The participants were assigned to either 5-aminosalicylic acid (mesalamine) or oral/intravenous corticosteroids followed by mesalamine and were monitored for 1 year. Stool samples were collected at baseline and about 4, 12, and 52 weeks after treatment initiation; samples were used for microbiome profiling (16S rRNA gene sequencing) and fecal calprotectin measurement.

According to the study authors, finite Gaussian mixture modeling strongly suggested a combination of 4 normal distributions, implicating 4 microbiota states. After analyzing their distribution in subgroups of patients with similar inflammatory status, the investigators found that all 4 microbiota states were represented in nearly every subgroup.

Finite Gaussian mixture modeling with manual adjustment also suggested the existence of 4 host states, which can be recognized in almost all subgroups of patients with similar microbiota status (PCoA1 value) except those at the extremities of the PCoA1 scale.

Regarding the 4 alternative microbiota states and 4 alternative host states, at least 3 of each were also observed in treatment-naïve patients, which suggests that the alternative states are not created by the anti-inflammatory treatments, noted the study authors.

The investigators acknowledged that their study considered intrinsic properties of the intestinal ecosystem and that for disease remediation, external factors such as diet are needed to support a healthy ecosystem state.

“The discovery of alternative stable microbiota and host states allows an enhanced understanding of the evolution of a patient’s clinical pictures under treatment, taking intestinal microbiota and inflammation status into account, and may explain why some patients ‘do not respond’ to anti-inflammatory treatment or [fecal microbiota transplantation] as we would like,” concluded the researchers. 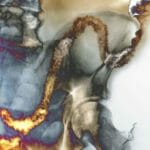