Among children with ulcerative colitis (UC), longitudinal fecal calprotectin (FC) changes may be more effective at predicting 1-year outcomes than FC levels at diagnosis. These findings were published in the Journal of Pediatric Gastroenterology and Nutrition.

The predicting response to standardized pediatric colitis therapy (PROTECT) study was conducted at 29 sites between 2012 and 2015. Children (N=352) aged 4 to 17 years with a new diagnosis of UC were assessed by colonoscopy and for FC levels. The primary outcome was ³4-week corticosteroid (CS)-free remission, defined as a Pediatric Ulcerative Colitis Activity Index (PUCAI) score <10, with no medications used other than mesalamine.

At week 52, 38.3% of patients achieved CS-free remission and among the 105 patients who had repeat endoscopy, 46.7% achieved endoscopic remission.

Similarly, children who had a >75% decrease in FC at week 12 were associated with a 3-fold increased likelihood of achieving CS-remission compared against those with a <25% decrease (OR, 3.48; 95% CI, 1.39-8.69). A similar trend was observed among the subset of children who received corticosteroids.

This study was limited by the large amount of missing data, in which only 65% of patients provided serial FC samples at baseline and weeks 4 and 12.

This study found that changes in FC over time or at weeks 4 and 12 were better predictors of outcomes than baseline FC. Additional studies with FC samples collected at more frequent intervals are needed to determine optimal sampling strategies for predicting UC outcomes. 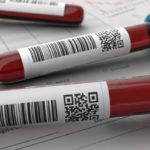