The use of ramucirumab plus paclitaxel is safe and effective as a second-line option for Asian patients with advanced gastric or gastroesophageal junction adenocarcinoma, according to a study published in Lancet Gastroenteroloy Hepatology.

RAINBOW-Asia, a phase 3 trial, included Asian patients who had disease progression of gastric or gastroesophageal junction adenocarcinoma within 4 months of receiving platinum-fluoropyrimidine-based therapy (ClinicalTrials.gov Identifier: NCT02898077).  Patients were randomly assigned 2:1 to receive intravenous ramucirumab 8 mg/kg (n=294) or placebo (n=146) on days 1 and 15 of a 28-day cycle. All patients also received intravenous paclitaxel 80 mg/m2 on days 1, 8, and 15 of the cycle.

Researchers believe that ramucirumab plus paclitaxel is an effective and safe second-line treatment option for Asian patients with advanced gastric or gastroesophageal junction adenocarcinoma.

Disclosure: The authors declared affiliations with biotech, pharmaceutical, and/or device companies. Pleases see the original reference for a full list of author disclosures. 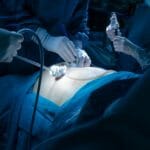