Although the adoption of value pathways in oncology appeared to extend time to treatment failure in patients with advanced or metastatic gastric cancer, it did not appear to influence overall survival, according to a poster presented at the 2020 Gastrointestinal Cancers Symposium in San Francisco, California.1

Value pathways, which are evidence-based treatment recommendations now supported by McKesson Specialty Health, the US Oncology Network (USON), and the National Comprehensive Cancer Network (NCCN), were launched in an effort to guide treatment decisions and promote good point-of-care decisions that incorporate “evaluation of the cost-effectiveness of different treatment options with similar outcomes.”2

Although value pathways have been in use since 2010 in the community practice–based network of USON, gastric cancer was added as a disease state to “Value Pathways Powered by NCCN” in 2017.2

Investigators sought to evaluate the use of value pathways as a treatment decision tool during 4 pathway periods: prepathway (PP; prior to August 2010), level 1 pathway (from September 2010-November 2014), “clear value” pathway (December 2014- February 2017), and the “value” pathway (after March 2017). In particular, they were interested in determining how the use of these decision aids affected treatment heterogeneity across lines of therapy, treatment duration, and overall survival (OS) in patients with advanced or metastatic gastric cancer.

Of 3191 eligible patients, 2297 received treatment for advanced or metastatic disease at a USON site; 70% of patients were diagnosed with stage IV disease. Time to treatment failure was defined as the initiation of frontline treatment until the start of a subsequent line of therapy or death, and OS was determined from the start of frontline treatment administration. Treatment heterogeneity was calculated with the Herfindahl-Hirschman Index (0-1.0, which ranged from complete to no heterogeneity). Patients were followed through March 2019.

Common first-line regimens prior to pathway creation were single-agent fluorouracil (15% of patients) and docetaxel-cisplatin-fluorouracil (14% of patients). During the value pathway, this changed to FOLFOX in the frontline setting (45% of patients), and 942 patients (41%) received a second-line therapy.

The investigators noted that although treatment heterogeneity was initially high in the first- and second-line settings, it decreased with time, and time to treatment failure increased modestly as treatments were adjusted to follow predetermined value pathways. Despite this increase, changes to treatments based on value pathways did not have a significant impact on median OS, which remained close to 12.6 months (95% CI, 11.9-13.5) during the pathways periods.

The researchers concluded that missing data on study participants likely precluded their ability to accurately judge the impact of the use of value pathways. “OS data are limited by high levels of censoring in the latter [pathways], which reduces the ability to evaluate changes in more recent years,” the authors wrote.

Disclosure: All of the study authors disclosed financial relationships with Merck KGaA. For a full list of disclosures, please refer to the original abstract. 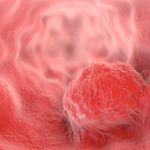