Among patients with Helicobacter pylori infection, higher vs lower body mass index (BMI) was found to correlate with the effectiveness of vonoprazan-based second-line therapy, according to the results of a study published in The Tohoku Journal of Experimental Medicine.

Investigators sought to determine factors that affect the success of second-line therapy using vonoprazan, a gastric acid secretion inhibitor that improves the success rate of H pylori eradication. First-line treatment in Japan involves a regimen in which vonoprazan is combined with amoxicillin and clarithromycin, and second-line treatment involves vonoprazan combined with amoxicillin and metronidazole.

The researchers noted that their findings are based on a retrospective subgroup analysis of a primary study and were based on a small sample. Also, all participants were Japanese, and there was potential selection bias for second-line eradication therapy regimens. 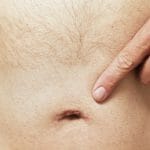