Researchers conducted the prospective, multicenter study of 1 urban health care system and 1 rural health care system with use of an anonymous, voluntary survey of all adult outpatients who presented to an endoscopy center before their procedures.

Among several study limitations, the investigators did not assess whether the participants had a previous endoscopy, which may have affected their attitudes and beliefs about their endoscopic procedure and ultimately influenced their sex preferences. Additionally, the study did not evaluate which patients were undergoing a screening, surveillance, or therapeutic endoscopy, which may have potentially influenced the likelihood of having sex preferences. Finally, 89% of patients were White, potentially reducing generalizability.

“Oftentimes, patients undergoing endoscopic procedures have more interaction with the endoscopy team than the endoscopists themselves, and this may influence their screening and surveillance,” the researchers commented. “We found that patients cited ‘less embarrassing’ as a reason for their endoscopy team member gender preference as compared to those without team member preferences (P < .05),” they concluded. 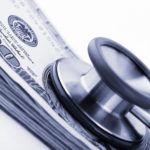 Medical Billing Outsourcing Is on the Rise