Microscopic colitis (MC) is a chronic inflammatory condition in the colon that typically presents with chronic, watery, nonbloody diarrhea.1-3 Most patients are aged between 50 and 70 years old, with a female predominance.1-3 There appears to be an overlap between MC and several autoimmune conditions including thyroid disease, diabetes, psoriasis, and celiac disease.3 In contrast, there has been no association found between MC and the development of colorectal cancer.3 There are case reports of patients initially diagnosed with MC who subsequently developed inflammatory bowel disease, though the number of patients is too small to establish a formal link.

Patients ultimately diagnosed with MC may undergo extensive testing including blood work, imaging, stool studies, and eventually colonoscopy, as many of the symptoms can overlap with irritable bowel syndrome.  During the colonoscopy, the mucosa typically appears normal or can have nonspecific mucosal erythema and/or edema. Despite a relatively normal endoscopic appearance, random biopsies taken throughout the entire colon will show the presence of <20 intraepithelial lymphocytes per 100 epithelial cells.4 There are 2 subtypes of MC: lymphocytic colitis (LC) and collagenous colitis (CC), which are differentiated by the presence or absence of a thickened subepithelial collagen band (<10 µm) identified on biopsies.1,4

The exact pathophysiology is not completely understood and may be multifactorial, with possible contributions by autoimmunity, hormone levels, dysregulation of the colonic mucosa and immune system (including the gut microbiome), and a genetic predisposition.1,4 The inflammatory process may start with an antigenic trigger, all of which diet (eg, gluten), infection, smoking, bile acids, and certain medications have been implicated in.1,4 The most commonly cited medications include proton pump inhibitors (PPIs) and nonsteroidal anti-inflammatory drugs (NSAIDS), among many others. Much of the data on this topic has been collected outside of the United States.1

Based on the relative paucity of data specifically from the US, a group led by Zylberberg et al recently evaluated the association between certain medications and MC at two large centers in the US.1 They conducted a retrospective cohort study that included patients from Columbia Medical Center (New York, NY) and the Mayo Clinic (Rochester, MN). A total of 344 patients were matched with 668 controls with chronic diarrhea between the 2 centers. Of the patients with MC, there was a predominance of those with LC (53.2%) compared with CC (38.1%). Interestingly, there was no significant association between smoking history and MC (odds ratio [OR], 1.07; 95% CI, 0.89-1.28).

When investigators controlled for smoking, there was a decreased risk (inverse association) of MC seen in patients taking PPIs (OR, 0.64; 95% CI, 0.47-0.87), histamine-2 receptor blockers (OR, 0.46; 95% CI, 0.24-0.88) and oral diabetes medications (OR, 0.47; 95% CI, 0.27-0.81). When the different subtypes of MC were examined individually, the inverse associations of PPIs, oral diabetes medications, andhistamine-2 receptor blockers with MC were only statistically significant for those patients with LC and not CC or mixed colitis.  There were no significant associations found between any of the individual PPIs and MC when they were each investigated separately.

NSAIDs were the only medication class evaluated that was found to have a statistically significant increased risk for MC (OR, 1.63; 95% CI, 1.12-2.38). When each subtype of MC was evaluated, only those patients with LC had a significant association, similar to PPIs, histamine-2 receptor blockers, and oral diabetes medications.  Medications found to have no significant association of any kind with MC included bisphosphonates, angiotensin converting enzyme inhibitors, statins, and selective serotonin reuptake inhibitors.

These results are in contrast with multiple prior studies that have found an increased risk of MC in patients receiving PPIs. For example, Bonderup et al reported significant associations between PPI use and MC with adjusted odds ratios between 3.95 and 6.98.5 Zylberberg et al attributed their findings to patients with MC being matched with those with chronic diarrhea and not healthy controls. Therefore, patients with chronic diarrhea may be prescribed PPIs in an attempts to treat other gastrointestinal symptoms as part of their evaluation and work-up.  It is also important to note that the Zylberberg study only included patients from the US, which could have also contributed to the findings.

It has been postulated that PPIs may lead to MC via reduction of gastric acidity, which causes changes in the gut microbiome and electrolyte concentration within the colonic lumen.1 These changes could induce intraepithelial lymphocytosis and subsequently inflammation and resulting diarrhea.1 NSAIDs may predispose patients to developing MC based on their pharmacologic mechanism of inhibiting cyclooxygenase, leading to disruptions in the colonic mucosal barriers and increased translocation of potential bacteria and toxins.1 By increasing serotonin levels, selective serotonin reuptake inhibitors may accelerate colonic motility and water secretion, predisposing patients to MC.4

When evaluating a patient with chronic diarrhea for possible MC, it is critical to obtain a detailed medication reconciliation history, as many patients with chronic diarrhea may be prescribed PPIs for other gastrointestinal symptoms such as dyspepsia and reflux. The time frame for exposure to medications that may lead to developing MC varies among studies from within relatively recent exposure (3 months) to more extended exposure (up to 15-60 months).4

In addition, many medications can lead to chronic diarrhea and not necessarily MC. Therefore, a thorough investigation into a patient’s medication use, both prescribed and over-the-counter, should be undertaken when evaluating a patient for chronic diarrhea.  Elderly patients may be at higher risk of developing diarrhea from medications based on the increased risk of polypharmacy and potentially impaired drug metabolism.4 There should be consideration of discontinuation of a potential contributing medication and then a reassessment of symptoms within several weeks.4

A recent study found that diarrhea that persists after discontinuing a medication for 3 months or that starts after being on a medication for >12 months was less likely to be secondary to the drug itself.6 The risk of MC may be further increased when high risk medications are used together, as is frequently seen with PPIs and NSAIDs.3 Additionally, there is not enough data to know whether or not a rechallenge with a medication will consistently reproduce MC again. Though, in the real-world, many gastroenterologists would most likely defer. 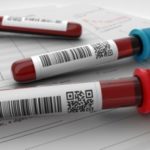