Infants who are colonized with toxigenic Clostridioides difficile may develop an antitoxin humoral immune response against toxins A and B and may neutralize toxin B activity, according to research published in Clinical Infectious Diseases.

Infant stool samples were collected between ages 1 and 2 months and 9 and 12 months and tested for toxigenicity. Serum was collected from ages 9 to 12 months for measures of immunoglobulin A (IgA), IgG, and IgM concentrations against toxigenic C difficile toxins A and B and neutralizing antibody titers against toxin B.

“While these data suggest that this humoral response in [toxigenic C difficile]-colonized infants is associated with toxin B neutralization in vitro, additional studies are required to determine the extent and duration of protection against [C difficile infection] afforded by this natural C difficile immunization event during childhood,” the investigators noted. “This additional knowledge would guide our understanding of the potential public health value of identifying children as a priority population for C difficile vaccine clinical trials.” 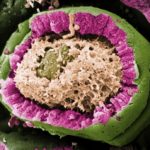 BMD in Osteoporosis Associated With Alterations in Abundance of Gut Microbiota