A mobile-based smartphone dietary intervention was found to be superior to standard medical intervention for improving symptom severity among patients with irritable bowel syndrome (IBS). These findings were presented during the Digestive Disease Week annual meeting, held virtually, from May 21-23, 2021.

Patients (n=470) with IBS and general practitioners (n=69) were recruited for the DOMINO clinical trial. Patients were randomized to receive otilonium bromide (60 mg, 3 times/day) as supervised by 1 of the general practitioners or a fermentable oligo-, di-, mono-saccharides and polyols (FODMAP)-lowering diet administered through a smartphone application for 8 weeks. Symptoms were assessed by the IBS Symptom Severity Score (IBS-SSS) and IBS Quality of Life instrument (IBS-QoL).

Successful response to treatment was found among 71% of the smartphone group and 61% of the standard care groups (P =.03). Response was higher among patients fulfilling the Rome IV criteria in both groups (77% vs 62%; P =.005), respectively.

This study found that both standard care with otilonium bromide and a smartphone-based FODMAP-lowering diet significantly improved symptoms of IBS and quality of life. The maintenance of treatment response was greater among patients using the smartphone application. 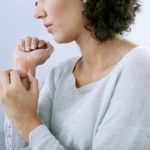