The placement of prophylactic drains following hepatectomy was inconsistent across hospitals, according to retrospective cohort study results published in International Hepato-Pancreato-Biliary.

A total of 10,530 patients were retrospectively included after receiving hepatectomy without concomitant bowel resection or biliary reconstruction at 130 hospitals in the United States between 2014 and 2017. All data were collected for the American College of Surgeons National Surgical Quality Improvement Program Hepatectomy Targeted Dataset.

The investigators observed high variability in drainage use between hospitals (ranging from 0% to 100%; median 47% of patients). A total of 77.5% of the variance of drainage use was attributed to the hospital; a minority (22.5%) of the total variance was explained by patient clinical factors, suggesting that the use of drains is primarily due to hospital policy.

A study limitation is that no information about clinicians was available. The variance attributed to the hospital may be due in part to the surgeon’s preference and not hospital practice, although it is unclear to what extent.

The study investigators concluded that the placement of drains following hepatectomy is common after both major and minor hepatectomies, and that the pattern of placement is attributed to hospital practice over patient characteristics.

The investigators asserted that more study is needed in order to formulate specific guidelines on when drains should be recommended. 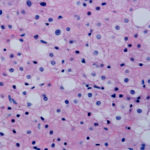 Hepatic Steatosis in People With HIV, People who Use Intravenous Drugs