Seladelpar is a potent and selective peroxisome proliferator-activated receptor delta agonist. In November 2019, the Company stopped all clinical trials of seladelpar after histological assessments of liver biopsies from the 52-week, phase 2b NASH trial revealed “an interface hepatitis presentation, with or without biliary injury.”

Following the hold, CymaBay Therapeutics conducted an investigation into these findings with an independent expert panel. The panel concluded there was no clinical, biochemical or histological evidence of seladelpar-related liver injury and supported the resumption of trials.

Based on the results of the investigation, the FDA lifted the clinical hold, allowing CymaBay to resume clinical trials of seladelpar in patients with NASH, PBC, and PSC.

“This is a pivotal event for seladelpar, which had garnered a high degree of patient interest based on its promising potential for anti-cholestatic, anti-inflammatory and reduced symptom burden in patients with PBC,” said Sujal Shah, CEO of CymaBay. “We look forward to working with the medical and patient advocacy communities and with regulators to re-initiate development of seladelpar.” 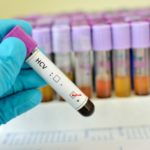