A mathematical model to estimate the projected elimination targets of hepatitis C virus (HCV) infection among people who inject drugs suggests that improvements in testing and treatment may reduce the prevalence of HCV to less than 3% by 2030, findings for which are published in JAMA Network Open.

The World Health Organization proposed 2030 HCV elimination targets, which included an 80% decrease in new chronic infections as well as a 65% decrease in mortality from levels in 2015. Despite the development of direct-acting antivirals and the progress made in HCV treatment, the incidence of HCV in the United States (US) continues to increase. It is believed these elevated HCV rates are significantly due to injection drug use, with most new HCV cases due to injection-related transmission.

Investigators from the US developed a decision analytic model using data from New Hampshire, a state with high rates of injection drug use, to assess improvements to the care cascade for people with HCV who inject drugs. Additionally, they predicted HCV outcomes linked with interventions such as improved testing, improved treatment uptake, and improved access to harm reduction services. The model used 6 scenarios to forecast HCV prevalence, incidence, treatment, and liver deaths until 2045.

The following table highlights the 6 scenarios used in the model.

Compared with the base case (scenario 1), all other interventions showed a reduction in HCV prevalence and liver deaths. The prevalence of HCV in 2045 according to scenarios 2, 3, and 4 individually were 62.8%, 35.5%, and 45.7%, respectively, compared with 69.7% for the base case.

Scenarios 5 and 6, which included more than 1 intervention, were forecast to have HCV prevalence of 0.3% and 0.2%, respectively. In these last 2 scenarios, the high initial treatment rates led to less frequent infections and treatments in the future. Scenarios 5 and 6 were also predicted to lead to fewer new cases of compensated cirrhosis and liver deaths compared with all other scenarios.

Annual deaths rose for scenarios 1 and 2 and changed little for scenarios 3 and 4 over the forecast period. Annual deaths dropped for scenarios 5 and 6, although these rates were not as evident as the reductions in incidence, prevalence, and new cirrhosis cases. This is because the majority of forecasted deaths in these scenarios were in patients who had advanced liver disease in 2022.

The study limitations included a lack of data to parameterize the model, not including other high-risk HCV groups aside from people who inject drugs, and not considering the effects of HIV and HCV coinfection.

“In this modeling study, no single intervention was projected to achieve World Health Organization HCV elimination targets. However, the findings suggest that coordinated improvements in testing, treatment, and harm-reduction programs could greatly reduce the HCV burden among [people who inject drugs] in New Hampshire and other states facing similar challenges,” the investigators concluded. 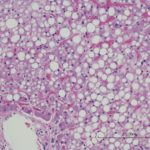 Insights on Improving Care for Patients With NAFLD/NASH