Statins have beneficial effects on intrahepatic circulation and decrease portal hypertension and rifaximin modulates the gut microbiome and might prevent bacterial translocation in patients with cirrhosis. As a part of the LIVERHOPE project, researchers evaluated the safety of 2 different simvastatin doses in combination with rifaximin vs placebo in patients with decompensated cirrhosis. The LIVERHOPE-SAFETY study was a multicenter, randomized, double-blind, placebo-controlled, phase 2 trial that included patients from 6 countries across Europe.

Fifty patients were recruited between July 2017 and January 2018, and were randomly assigned 1:1:1 to receive either simvastatin 40 mg/day plus rifaximin 1200 mg/day, simvastatin 20 mg/day plus rifaximin 1200 mg/day, or an identical placebo dose of both medications (n=18, 16, and 16, respectively) over the course of 12 weeks. The primary study end point was the development of liver or muscle toxicity.

The final intention-to-treat analysis included 44 patients (n=16, 14, and 14, in each group, respectively) with a median follow-up period of 84 days (interquartile range 36-84). Most patients were compliant with their treatment regimen (mean compliance 91% for simvastatin and 90% for rifaximin). After further exclusions for lack of compliance, the final per-protocol population included 37 patients with similar baseline demographic, clinical, and analytic data across all 3 groups.

No significant changes were noted in alkaline phosphate among any groups.

Study limitations included the small sample size and the possibility that a “slight imbalance” in some baseline characteristics may have affected the study results.

“In studies investigating the efficacy of simvastatin in patients with decompensated cirrhosis, 20 mg/day should be preferred to a 40 mg/day dose,” the researchers concluded. 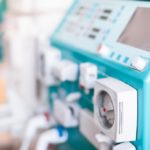 Entecavir for Treatment of HBV in Patients With Renal Dysfunction