In this first cohort of the ongoing trial, participants were treated with 125 mg of oral infigratinib once daily, for 21 consecutive days of 28-day cycles, which continued until disease progression, intolerance, withdrawal of consent, or death. The study investigators evaluated radiologic tumors at baseline and every 8 weeks until disease progression via computed tomography or magnetic resonance imaging of the chest, abdomen, and pelvis.

Objective response rate was the primary endpoint. It was defined as the proportion of patients with a best overall response of a confirmed complete or partial response, assessed by blinded independent central review (BICR) according to Response Evaluation Criteria in Solid Tumors, version 1.1.

The BICR-assessed objective response rate was 23.1% (95% CI, 15.6-32.2; 25 of 108 patients) after a median follow-up of 10.6 months (interquartile range [IQR], 6.2-15.6 months). There was 1 confirmed complete response observed in a patient who only had nontarget lesions identified at baseline, along with 24 partial responses. Additionally, 88 (88%) of 100 patients who had postbaseline measurements of target lesions had reduced BICR-assessed tumor burden.

The investigators noted that the single-arm, open-label study design may be a limitation, but it was considered appropriate due to the lack of available treatments in this setting.

“Infigratinib, administered as a second-line or later-line treatment, represents a potential new therapeutic option for patients with cholangiocarcinoma and FGFR2 fusions or rearrangements,” stated the researchers. “Results from cohorts 2 and 3 of this study will provide further clarification regarding the role of infigratinib in patients with cholangiocarcinoma and FGFR1 and FGFR3 fusions and rearrangements, FGFR1, FGFR2, and FGFR3 mutations, and in patients previously treated with FGFR inhibitors other than infigratinib,” they concluded.

Disclosure: This study was funded by Novartis and QED Therapeutics, an affiliate of BridgeBio. Some of the study authors declared affiliations with biotech, pharmaceutical, and/or device companies. Please see the original reference for a full list of authors’ disclosures. 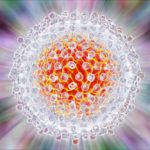