A significant increase in the rate of patient-initiated treatment for hepatitis C virus (HCV) infection occurred after a hepatology clinic was installed within a methadone treatment center, according to findings published in the Journal of Addiction Medicine.

Between 2018 and 2020, researchers evaluated the effect of an intervention program on the rate of HCV treatment initiations among individuals participating in a methadone treatment program. The interventions included an on-site fibrosis evaluation via transient elastography and subsequent examination by an on-site hepatologist once monthly. Patients with polymerase chain reaction (PCR)-confirmed HCV were offered oral antivirals, and treatment adherence was assessed at once weekly follow-up visits for up to 2 years. All patients received support from a social worker and a dedicated nurse throughout the intervention period. The primary outcome was the rate of completion for each of the following treatment steps: examination by a hepatologist, receipt of an antiviral prescription, initiation of treatment, and treatment completion. Results were compared between patients who completed vs those who did not complete HCV treatment.

Among a total of 74 patients with PCR-confirmed HCV infection, 57 were offered antiviral prescriptions, of whom 50 initiated treatment. Of these 50 patients, 3 discontinued HCV treatment prematurely. The mean patient age was 41.1 years, 74.6% were men, and 81.4% had used injectable drugs.

The researchers assessed the rate of sustained virologic response (SVR) and found that that the SVR rate was decreased among patients in the intention-to-treat population vs those in the per-protocol population (81% vs 97%). In addition, the rate of HCV treatment initiation during the intervention period was significantly increased compared with the self-initiation rate (44 vs 12 patients, respectively). Of note, successful treatment completion was more likely among patients who abstained from illicit drugs in the 6 months prior to initiating HCV treatment.

Further analysis was performed to compare demographic factors between patients who completed vs those who did not complete HCV treatment. Results showed that factors such as marital status, education level, immigrant status, age, prior intravenous drug use, and age at the time of initial opioid use were similar between patients who did and did not complete treatment. However, the number of patients who completed treatment was significantly increased among those who had take-home dose privileges vs those who did not (59.1% vs 20.0%; P =.002).

Limitations included the lack of information on the long-term risk for HCV reinfection as this study is ongoing.

According to the researchers, “facilitating hepatologic evaluations and access to prescriptions [for antivirals] emerged as being highly successful first steps…to achieve a complete elimination of HCV among patients [participating in methadone treatment programs].” 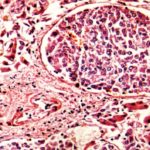