Sexual orientation and acquisition of sexually transmitted infections (STIs) are not significantly associated with the occurrence of hepatitis E virus (HEV) infection, according to a study published in Hepatology.1

Both hepatitis A virus (HAV) and HEV are transmitted fecal-orally and can be prevented with improvement in sanitation and personal hygiene and by vaccination.2 While oral-anal sexual contact has been documented as a transmission route of HAV among men who have sex with men (MSM), the possibility of sexual transmission of HEV is still controversial.3

“In conclusion, the prevalence and incidence of HEV infection among the HIV-positive population remained low during the acute hepatitis A outbreak that predominately affected HIV-positive MSM in Taiwan. Sexual orientation and acquisition of STIs were not associated with HEV infection,” stated the authors.1 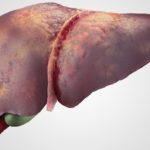