Besides being a metabolic center to maintain homeostasis, the liver is also a lymphatic organ exhibiting immune tolerance. Nevertheless, the liver can be a target of autoimmune diseases, which may occur as primary liver disease, a primary rheumatic disease with hepatic manifestations, or liver damage induced by antirheumatic medications. Significant epidemiologic, genetic, and immunologic overlap exists between immune-mediated rheumatic diseases and autoimmune liver diseases;1 however, this relationship is complex and not well understood. Increasing evidence suggests the critical role of the liver in modulating the immune response in autoimmune and chronic inflammatory diseases.2

Connective Tissue Disease and the Liver

Several descriptive studies described the presence of liver dysfunction and histologic lesions in systemic lupus erythematosus (SLE), systemic sclerosis (SSc), and primary Sjögren syndrome (SS).6 SLE is a systemic autoimmune disease that affects multiple organs. The liver may be involved in 19.4% to 60% of patients with SLE, and drug-induced liver injury is the leading cause of liver dysfunction followed by SLE-associated hepatitis.6 The common finding indicating liver dysfunction among patients with SLE includes elevated liver enzymes that is commonly observed during disease exacerbations. Other possible causes of liver disease in SLE are nonalcoholic fatty liver disease, alcoholic fatty liver disease, autoimmune hepatitis (AIH), and primary biliary cholangitis (PBC). Both AIH and SLE-associated hepatitis may have overlapping symptoms, and it is important to differentiate between them due to therapeutic and prognostic implications. While SLE-associated hepatitis does not cause significant liver disease, AIH may lead to severe disease and liver failure. Liver histology, serum antibodies, and complement levels may help differentiate between these diseases states.6

Primary SS is an autoimmune disease mainly affecting the exocrine glands. Approximately 49% of patients with SS have elevated liver enzymes, and clinical evidence of liver disease is found in 27% of the patients.6 Research has shown that PBC, AIH, hepatitis (B and C), sclerosing cholangitis, nodular regenerative hyperplasia, and cirrhosis commonly coexist with SS.7

Arthritis and the Liver

Liver involvement has been reported in patients with rheumatoid arthritis (RA) and its variants among patients with arthritis.8 Rheumatoid arthritis is a systemic autoimmune disorder that typically presents with symmetric inflammation of multiple joints. As in SLE, drug-induced liver injury is common among patients with RA, especially those receiving nonsteroidal anti-inflammatory drugs (NSAIDs) and methotrexate. Between 50% and 60% of patients with RA may have elevated liver enzymes and abnormal liver histology, respectively.4 The most common findings in liver biopsies are the mild chronic inflammatory filtration of the portal tract, small foci of hepatocyte necrosis, and fatty liver.1 Liver dysfunction coexisting with RA usually does not progress to cirrhosis. Liver involvement is also reported in Felty syndrome, a subtype of RA with neutropenia and splenomegaly.1 Typical findings include hepatomegaly, abnormal liver tests, nodular regenerative hyperplasia, and portal hypertension.1

Joint Pain and the Liver

Arthralgia (joint pain) is a common reason for rheumatologic evaluation and presents with or without arthritis (joint inflammation). A variety of liver diseases coexist with arthralgia and arthritis. Diffuse joint pain is observed in patients with acute viral hepatitis that may mimic rheumatic diseases. Approximately 50% of patients with hepatitis (B and C) have joint pain associated with cryoglobulinemia.9 Metabolic liver diseases such as hemochromatosis and Wilson disease may mimic osteoarthritis and can affect the joints. Metabolic syndrome and obesity are also associated with osteoarthritis, RA, and gouty arthritis.

Other coexisting liver diseases with rheumatic diseases are described in Table 1.

Rheumatic diseases are treated using a range of medications, most of which transiently increase liver enzymes. Medication-induced liver damage can sometimes progress to advanced liver diseases, such as cirrhosis, fibrosis, and fulminant liver failure. Some medications, like acetaminophen, directly affect the liver, while some indirectly induce reactivation of latent infections or autoimmune diseases.1 Typically, NSAIDs induce indirect liver dysfunction but they are widely used and can mildly elevate liver enzymes in up to 15% of patients with rheumatic disease.10 Acute liver failure, acute hepatitis, and cholestatic disease have been reported with NSAID use.

Methotrexate, a synthetic disease modifying antirheumatic drug (DMARD), is commonly used in rheumatic diseases and is the first-line therapy for patients with RA. Gastrointestinal intolerance is the most common side effect, but prolonged use may increase the risk for liver dysfunction leading to nonalcoholic fatty liver disease, fibrosis, and cirrhosis.11 Use of concomitant medications, such as NSAIDs, alcohol consumption, and high body mass index can additionally increase the risk for liver damage.12 Expert guidelines recommend monitoring liver enzymes monthly for at least 6 months and then for 3 months. Methotrexate use must be discontinued if liver enzymes are elevated 3 times more than the upper limit of normal and may be restarted at a lower dose once liver enzymes resume to their normal levels.13

Tocilizumab, a humanized monoclonal antibody to the interleukin (IL)-6 receptor, is used to treat RA and other autoinflammatory conditions. The drug was shown to be effective in reducing systemic inflammatory symptoms.14 Transient elevation of liver enzymes is commonly reported with tocilizumab, but it is asymptomatic and short-lived. There have been rare incidences of clinically significant adverse events with jaundice and hepatitis B infection.14

Antitumor necrosis factor (TNF) drugs, such as infliximab, etanercept, adalimumab, golimumab, and certolizumab, are biologic DMARDs that are commonly used when treatment with synthetic DMARDs fail. In 37% to 42% of patients receiving DMARDs, asymptomatic elevation of 2 to 3 times the upper limit of normal can occur. There have been reports of AIH, cholestatic liver disease, and fulminant hepatitis secondary to hepatitis B reactivation associated with anti-TNF drug use.15

Rituximab is used in combination with methotrexate to treat moderate to severe RA. Reactivation of hepatitis B in patients who have been tested HBsAg-positive and HBsAg-negative/HBc-positive was associated with rituximab plus methotrexate, and thus, requires additional antiviral prophylaxis treatment. Elevated liver enzymes have also been reported in patients with hepatitis C infection who started receiving rituximab.16

13.  Visser K, Katchamart W, Loza E, et al. Multinational evidence-based recommendations for the use of methotrexate in rheumatic disorders with a focus on rheumatoid arthritis: integrating systematic literature research and expert opinion of a broad international panel of rheumatologists in the 3E. Ann Rheum Dis. 2009;68(7):1086-1093. doi:10.1136/ard.2008.094474 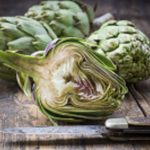