Self-expandable metallic stents (SEMS) should be considered a first-line treatment option for individuals with malignant distal biliary strictures, according to study results published in Clinical Gastroenterology and Hepatology.

Treatment of malignant biliary strictures with endoscopic retrograde cholangiopancreatography (ERCP)-guided stent placement has been demonstrated to be highly effective, with SEMS being associated with more durable responses than plastic stents (PS). Therefore, researchers sought to analyze their efficacy and safety by comparing 1139 patients who underwent ERCP with PS placement and 1008 patients who received SEMS for the management of malignant biliary strictures at the Cleveland Clinic from 2012 to 2019.

“[O]ur study demonstrated the superiority of SEMS over PS in the management of malignant distal biliary stricture, in terms of clinical success rate, durability of treatment response, and incidence of unanticipated intervention,” stated the authors.

They added, “In malignant hilar strictures, SEMS should be considered an attractive alternative of PS, and further studies are needed to identify the optimal population.” 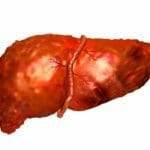