Psyllium reduces inulin-related gas production in patients with irritable bowel syndrome (IBS) but does not directly inhibit fermentation, according to a study in Gut.

The researchers conducted MRI scans immediately after the drink and then hourly for 6 hours; hydrogen breath tests and symptom scoring were also performed every half-hour. The study authors tested fecal samples from a subset of patients with IBS using an in vitro fermentation model. The change from fasting values in colonic gas assessed using the area under the curve (AUC) from 0 to 360 min in arbitrary units was the primary endpoint.

Colonic gas increased steadily and reached a maximum at 360 min. The AUC of the change in colonic gas from fasting to 360 min was significantly affected by the fiber that was given (Friedman test, P =.005). Inulin caused the greatest increase in colonic gas (AUC gas, 3145 mL/min), which was reduced significantly by the coadministration of inulin and psyllium (AUC, 618 mL/min; P =.02), with the latter not significantly different from dextrose (P >.99).

The coadministration of inulin and psyllium decreased the AUC to 1035 ppm/h, which was significantly lower than that for inulin alone (P =.0065). No differences were observed in AUC for breath hydrogen regarding IBS subtypes for any of the test drinks.

“Our small mechanistic study has demonstrated that adding psyllium to inulin reduces gas production in patients with IBS and suggests that by choosing diets with adequate amounts of viscous fiber, patients may be able to obtain the prebiotic health benefits of high-fiber diets without exacerbating their IBS symptoms, particularly flatulence,” the researchers commented.

Disclosure: Some of the study authors declared affiliations with pharmaceutical companies and other companies. Please see the original reference for a full list of authors’ disclosures. 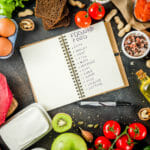