Treatment with ontamalimab was associated with both clinical and symptomatic remission in patients with ulcerative colitis (UC), according to data presented at the 2019 AIBD Annual Meeting held in Orlando, Florida.

Ontamalimab is an investigational monoclonal antibody that binds selectively to human mucosal addressin cell adhesion molecule-1 (MAdCAM-1). “MAdCAM-1 expression is upregulated in UC and has been shown to play a role in gut immune surveillance and homing of ɑ4𝛃7 integrin-expressing leukocytes during inflammation of the intestinal mucosa,” the authors explained.


In the phase 2, double-blind TURANDOT induction trial, patients (N=357) were randomized to receive ontamalimab 7.5mg, 22.5mg, 75mg, or 225mg subcutaneously (SC) every 4 weeks or placebo. The primary end point of the study was the percentage of patients in clinical remission (defined as total Mayo Score of ≤2 points with no individual subscore exceeding 1 point and rectal bleed subscore of 0 or 1) at week 12.

Results of the study showed that a greater percentage of patients treated with ontamalimab had clinical remission compared with placebo, especially those who were treated with the 22.5mg and 75mg doses. Moreover, a larger proportion of ontamalimab-treated patients were observed to be in symptomatic remission, defined as a rectal bleed subscore of 0 and a stool frequency subscore of ≤1.


The TURANDOT II study was an open-label extension trial that evaluated the long-term safety of ontamalimab that included patients from the induction trial. Patients (N=330) were randomized to receive either 75mg or 225mg every 4 weeks and dose escalation to 225mg was allowed if there was an exacerbation or no response to treatment.


Findings from the study showed that in patients who had previously received placebo (n=68), treatment with ontamalimab resulted in a rapid increase in the proportion of patients with clinical and symptomatic remission. In addition, high-sensitivity C-reactive protein and fecal calprotectin levels (both UC-related biomarkers) decreased in both treatment groups at week 12.


“The ability of ontamalimab to induce both clinical and symptomatic remission is rapid and robust, as shown initially in patients in TURANDOT, particularly at doses of 22.5mg and 75mg, with differences versus placebo visible as early as week 4,” the authors concluded. 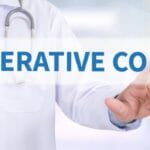