Study data published in Digestive and Liver Disease support the feasibility and safety of conventional (SP) and nonconventional (NSCP) strictureplasties performed via laparoscopy for the treatment of complicated Crohn disease.

While laparoscopy is considered the best surgical approach for Crohn disease, its efficacy in the performance of strictureplasties is unknown. To investigate the outcomes of laparoscopic SP and NSCP, investigators conducted a prospective cohort study of patients undergoing primary surgery for Crohn disease at a tertiary referral center in Italy. All consecutive patients between January 2008 and December 2019 referred to the surgical unit for their first Crohn disease surgery were considered for inclusion. The study population included patients who underwent either SP or NSCP by laparoscopic approach.

The control group consisted of patients who underwent strictureplasty by non-laparoscopic approach at the same center between January 1993 and December 2007. The primary endpoint was feasibility of SP and NCSP by laparoscopy for the following outcomes: disease staging, structures mobilization, vascular control, and intestinal resection, if indicated. Ninety-day morbidity was also assessed for all procedure types.

The study cohort included 608 patients, among whom 331 underwent laparoscopic surgery and 277 underwent open surgery. Demographic data and medical histories were comparable between study groups. The majority (63.3 %) of all patients were men, and 67.9% were between the ages of 17 and 40 years.

In this long-term cohort study, SP and NCSP were feasible by laparoscopy and had low morbidity rates. Limitations include the involvement of only a single study site and the use of surgical data from the 1990s, which may not be generalizable to the present day. Further research at additional surgical centers is necessary to confirm the efficacy and safety of laparoscopic strictureplasties.

“In this study, the use of video-assisted surgery did not affect the type and number of strictureplasties and confirmed the advantages of both minimally invasive and conservative surgery,” investigators concluded. 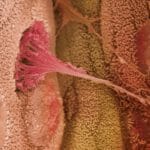 Tofacitinib Is Safe and Effective for Treatment of Severe Ulcerative Colitis