A triple-therapy regimen for eradication of Helicobacter pylori was found to be safe for adolescents, according to the results of a prospective, multicenter study that were published in Scientific Reports.

Students (N=151) attending junior high school in Japan in 2016 were recruited for this study. The students were tested for H pylori through urine and stool samples. Those who were positive (n=31) underwent a triple-therapy eradication regimen consisting of vonoprazan fumarate (20 mg), amoxicillin (750 mg), and clarithromycin (200 mg) twice a day for 7 days. Students provided stool samples at 1 to-2 days and again at 8 to 12 weeks after therapy. Eradication was assessed at 8 to 12 weeks by 13C-urea breath test.

A total of 29 students provided the first stool sample, 26 the second, and 19 the third. Of the students who provided all samples, 3 were considered treatment failures.

Among the 16 students with treatment success and sufficient data, 9 were boys aged median 15.6 years.

The adverse events reported were abdominal pain among 2 students and diarrhea in 1 student.

This study was limited by its low sample size, its low retention rate, and the choice to not include a control condition with which to make comparisons.

These data indicated a triple-therapy regimen of vonoprazan fumarate, amoxicillin, and clarithromycin for the eradication of H pylori was safe for use among adolescents. No evidence of alterations to the overall diversity of gut microbiota was observed, justifying additional longer-term studies among a larger population. 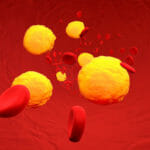