Routine examination of chronic peptic duodenitis (CPD) samples for Helicobacter pylori appears to be unnecessary, especially if a stomach biopsy is available, as reported in a study published in the Journal of Clinical Pathology.

A team of investigators sought to evaluate the rate and significance of H pylori involving duodenal foveolar metaplasia of CPD. They identified 100 cases of CPD that had corresponding synchronous stomach biopsy specimens. All 100 stomach biopsy specimens were reviewed for evidence of chronic gastritis, acute inflammation, and intestinal metaplasia, and all 100 duodenal biopsy specimens were reviewed for acute inflammation and to confirm mucosal foveolar metaplasia. The 200 samples underwent immunohistochemical staining for H pylori.

The cohort included 49 men and 51 women (median age, 56 years; range, 21-86 years). Reflux, abdominal pain, epigastric pain, anemia, and dysphagia were the most common indications for endoscopy, representing 68% of cases. Chronic gastritis was found in 46 of the stomach biopsy specimens, with the other 54 appearing within normal limits.

“Only 2% (2/100) of our duodenal biopsies demonstrated H. pylori, and both of these cases had concurrent gastric biopsies that also showed the organism,” the researchers commented. “Our study agrees with earlier clinical reports that duodenal infection seemingly only occurs in the presence of concurrent gastric infection and demonstrates this microscopically. Overall, we found that 17% of patients with H. pylori gastritis and CPD also had duodenal H. pylori involving CPD.”

The study provides evidence using tissue microscopy that H pylori rarely involves the duodenum in CPD, according to the investigators.

“Unlike in the rectum, this situation appears to arise only in patients who also demonstrate gastric infection by H. pylori,” the study authors stated. “Therefore, we agree with existing recommendations that routine examination of CPD samples for H. pylori appears unnecessary, particularly if a stomach biopsy is also available for review.” 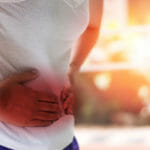