Chronic, unexplained gastrointestinal disorders may be due to underlying pathogeneses. These findings, from a prospective, population-based study were published in the Mayo Clinic Proceedings.

Participants were aged mean 43±13 years at the time of the first survey and 61±16 years at the third. Between 51% and 54% were women. Among all survey recipients, older individuals were more likely to complete the questionnaires (P =.007).

Around 50% of respondents had no gastrointestinal symptoms. The individuals who reported symptoms indicated they were relatively stable over time, except dysphagia, which increased from 7% to 14%. During the first, second, and third surveys 19%, 25%, and 21% indicated they had esophageal disorders, 12%, 10%, and 10% had gastroduodenal disorders, and 45%, 40%, and 37% had bowel disorders, respectively.

Among the 228 individuals who responded to all 3 surveys, 25% had no symptoms and 4% consistently reported the same symptoms, indicating transitions of gastrointestinal symptoms were common (P <.001).

Among all study participants, 32% had consistent symptoms, 29% never reported symptoms, 23% had resolution of symptoms, and 17% developed symptoms.

The results of this study may not be generalizable because Olmsted County, the surveyed population, has a lack of ethnic diversity (82.5% White).

These data indicated some unexplained gastrointestinal disorders appeared to be stable among the population for decades and about a quarter of individuals had resolution of symptoms with time. 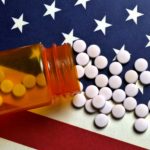 COVID-19 and the Opioid Crisis: Dueling Epidemics Illustrate the Need for Future Action