Outpatient treatment of diverticulitis with amoxicillin-clavulanate may reduce the risk of fluoroquinolone-related effects without adversely affecting diverticulitis-specific outcomes, according to study results in the Annals of Internal Medicine.

Investigators sought to determine the risks and effectiveness of treatment with amoxicillin-clavulanate vs metronidazole-with-fluoroquinolone in immunocompetent adults with diverticulitis in the outpatient setting. The researchers conducted separate cohort studies using 2 data sources: the IBM MarketScan Commercial Claims and Encounters Database, which included longitudinal data on patients aged 18 to 64 years enrolled in private, employer-sponsored health insurance from 2000 to 2018, and a 20% random sample of Medicare claims that included longitudinal data on fee-for-service beneficiaries (aged ≥65 years, with a disability, or with end-stage renal disease) from 2007 to 2015.

“In 2 large nationwide cohorts of immunocompetent adults with outpatient diverticulitis, the 1-year risk for hospital admission or urgent surgery was low, and there was no difference between antibiotic groups,” stated the researchers. “There was also no difference in long-term risk for elective surgery for diverticulitis.”

Among several study limitations, the investigators noted that the MarketScan and Medicare claims data do not reflect antibiotic prescribing or use. Thus, exposure assessment was based on insurance-reimbursed dispensing of prescription antibiotics. Additionally, the study did not assess all important safety outcomes, including drug-induced liver injury.

Disclosures: Some of the authors reported affiliations with pharmaceutical companies. Please see the original reference for a full list of disclosures. 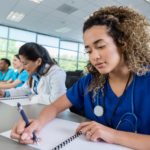