A substantial proportion of the coronavirus disease 2019 (COVID-19) pandemic’s eventual toll on the United States will be an excess of cancer deaths that will number in the thousands over the next decade, according to various data sources over the past several months.1 The country’s spring shutdown to slow and prepare for the disease’s spread then morphed into fears of risking infection when people ventured out into the community, even for essential activities like preventive care. The result has been a steep drop in current cancer diagnoses and in cancer screenings — one that experts fear will lead to an increase in cancer morbidity and mortality.

Dr Kaufman authored a research letter in JAMA Network Open in August 2020 that showed a sharp drop in breast, colorectal, lung, pancreatic, and gastric cancer diagnoses in March 2020 and April 2020. The findings suggested that COVID-19 restrictions had prevented and discouraged likely millions of people from undergoing routine screening, such as mammography, colonoscopies, and lung imaging. Indeed, data from electronic medical records vendor Epic found that appointments for breast, cervical, and colon cancer screenings fell by 86% to 94% in March 2020 compared with rates in the previous 3 years.2

“This report demonstrates that our initial response to the pandemic of limiting so-called elective screening and diagnostic tests has consequences,” Craig Bunnell, MD, chief medical officer of Dana-Farber Cancer Institute, Boston, Massachusetts, told Cancer Therapy Advisor. “The true incidence of these cancers did not drop. The decline clearly represents a delay in making the diagnoses, and delays matter with cancer.”

But as restrictions lifted and hospitals and clinics developed protocols for safe screening, the numbers should have returned to levels seen in past years, plus an increase for catch-up diagnoses in those who delayed their screenings in the spring. Numbers did begin returning to baseline in the summer of 2020, Dr Kaufman said, but they never increased above baseline to capture patients missed in the pandemic’s first 2 months.

“The biggest concern is that people didn’t return for routine care and screening; that even when offices reopened, people didn’t come flooding back in,” he said. Several of his siblings, who are also doctors, told him they would confirm patient appointments more often than usual ahead of visits in recent months, but have still seen higher no-show rates than in the past. They think patients are having second thoughts about whether to go.

“Of the women who die from breast cancer in the US, about 10% of deaths are because of a failure to get screening, and about 25% of the deaths are due to a failure to get adequate treatment,” he told Cancer Therapy Advisor, referencing past data from Eric J. “Rocky” Feuer, PhD, branch chief in the Surveillance Research Program (SRP) within the Division of Cancer Control and Population Sciences (DCCPS) of the National Cancer Institute (NCI).

Dr Kaufman worries about that, too. After his research letter was published, Dr Kaufman says he heard from a doctor who had experienced some throat symptoms in mid-March, but held off on getting them checked out.

“Over the Fourth of July, he began coughing up blood, and he was diagnosed with stage II throat cancer,” Dr Kaufman said. “He’ll never know if he had gone to the doctor earlier in March whether it would have been stage I. That’s the type of thing that will occur. There will be some people who will have a more advanced disease.” 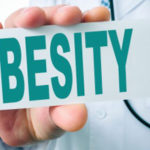