Patients with distressing and chronic gastrointestinal (GI) complaints who fulfilled the criteria for somatic symptom disorder (SSD) exhibited higher psychological burden compared with patients who did not have SSD. These findings, from a cross-sectional study, were published in the Journal of Clinical Gastroenterology.

Patients (N=1198) with GI symptoms were recruited in 2017 from multiple centers affiliated with Heidelberg University Hospital in Germany. Individuals were assessed for sociodemographic and clinical characteristics, SSD, psychological distress, and psychological risk factors.

The study authors concluded that among patients with GI symptoms, the individuals who fulfilled the criteria for distressing and chronic GI complaints and SSD were associated with more increased psychological burden then their non-SSD counterparts. 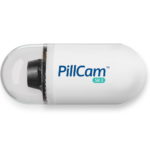