Aquagenic wrinkling of the palms (AWP) after brief water immersion may be a useful diagnostic screening tool for cystic fibrosis (CF), according to study data published in the Journal of the European Academy of Dermatology and Venereology.

AWP is defined as “exaggerated and early” wrinkling occurring after 2 to 3 minutes of water immersion. Although prior studies have identified a link between CF diagnosis and AWP, the utility of AWP as a diagnostic tool is unclear. To better understand the potential role of AWP to screen for CF, investigators conducted a prospective study at a pediatric hospital in Greece from 2018 to 2020.

All participants attended a single study visit in which both hands were immersed in a bowl of room temperature water for 11 minutes total. An investigator assessed participants’ hands for palmar wrinkling, edema, papules, pruritus, and pain at 3, 7, and 11 minutes after submersion. Participants were considered to have AWP if wrinkling occurred on more than 30% of the palmar surface area. Transepidermal water loss (TEWL) was assessed 3 minutes after initial water exposure using a noninvasive instrument that measures water evaporation.

Kaplan-Meier curves were used to explore the progression of AWP over time in each patient group. Area under the receiver operating characteristic curve (AUC) was used to evaluate the diagnostic performance of each aquagenic parameter.

Kaplan-Meier curves indicated earlier development of AWP, palmar wrinkling, edema, papules, pruritus, and pain in children with CF compared with the other 2 groups (all P <.01). Per AUC analyses, the presence of papules and wrinkling at 7 minutes most accurately distinguished between patients with CF and control participants without CF. The sensitivity and specificity for papules and wrinkling at 7 minutes were 94.0% and 98.3% and 100.0% and 92.0%, respectively.

Mean TEWL values were significantly different between children with CF and children without CF (259.0±43.4 vs 158.3±30.8 g/m2/h; P <.001). The best diagnostic performance for TEWL was observed at a value of 203 g/m2/h (86.0% sensitivity; 98.0% specificity). However, aquagenic parameters performed poorly in distinguishing between patients and parent carriers of the CF mutation.

Study limitations include the unblinded study design and small cohort.

Results from this study suggest to the investigators that a brief water immersion test may be a useful screening tool for CF, particularly in low-resource settings. Additional research is needed to confirm these findings, they wrote.

“[The brief water immersion] test can be used as an initial screening tool for individuals with symptoms and signs compatible with CF,” investigators wrote. “[W]e suggest AWP could be further investigated as a quick and reliable measure of disease progress in case of…future therapies.” 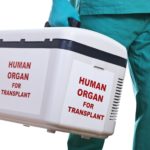