Proton pump inhibitors (PPIs) are used inappropriately in approximately 40% of outpatients, indicating limited attention to guidelines, according to results of a prospective study published in Digestive and Liver Disease.

PPIs are one of the most frequently prescribed classes of drugs in the Western world; however there are limited data in the literature regarding their appropriateness in outpatient settings, and whether, after careful consideration of indication of treatment, drug discontinuation or weaning is advisable following counselling by specialists. Researchers described the characteristics of patients referred to a gastroenterology outpatient clinic, who were prescribed long-term (>8 weeks) PPI treatment, in order to investigate the magnitude of inappropriate PPI prescriptions, and to evaluate the rate of drug optimization following specialist assessment.

This prospective study included 249 consecutive outpatients, ≥18 years of age, who were prescribed long-term treatment with a PPI between June 2019 and December 2019. Appropriateness of PPI prescription was evaluated based on recommendations described in the 2018 Position Paper of the Italian Society of Gastroenterology (SIGE), which graded the level of evidence and strength of recommendations according to the Grading of Recommendations Assessment, Development, and Evaluation (GRADE) system. Reasons for prescription, dose, duration of therapy, modality, and attempts at PPI optimization were recorded.

Overall, PPIs were inappropriately prescribed in 38.6% of patients. The most frequently recorded indications of PPI treatment — gastroesophageal reflux disease and prophylaxis of anti-platelet gastric damage — were also those where the rates of inappropriateness were lowest, 35.0% and 10.2% respectively. Conversely, the highest rates of inappropriate prescriptions were observed for the treatment of dyspeptic symptoms, concomitant treatment with anti-coagulants, and numerous other treatments, at 83.3, 100, and 83.3% respectively. Moreover, drug withdrawal or dose modification had only previously been attempted in approximately 24% of patients. Lastly, following specialist counseling, PPI treatment was optimized in 112 patients (45.0%).

Limitations of the study include the use of a single center, indicating the possible lack of generalizability, selection bias, and underestimation of PPI treatment among patients.

The researchers concluded “that efforts to educate general practitioners and specialists to limit PPI prescription to appropriate indications and duration of treatment are promising and should be actively pursued.” 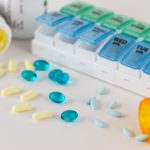