Helicobacter pylori eradication therapy may be considered as an initial treatment option for some patients with H pylori-negative gastric mucosa-associated lymphoid tissue (MALT) lymphoma, according to a study in Helicobacter.

Researchers used electronic databases to conduct a literature search of studies published up to October 2019. The studies that reported treatment response to eradication therapy as an initial treatment for patients with H pylori-negative gastric MALT lymphoma were eligible for inclusion. The complete remission (CR) rate after eradication therapy was the primary outcome.

After conducting meta-regression analysis, the study authors found that among the potential confounding factors — including geographic area, publication year, diagnostic methods for H pylori infection, and methodologic quality — none of the covariates was the reason for the heterogeneity associated with the pooled estimate of the CR rate. Overall, no evidence of publication bias was found.

The investigators noted several limitations to their findings. All of the included studies were observational, although 3 were conducted using a prospective design. Furthermore, the number of patients in each study was relatively small.

“We also advocate a watch and wait strategy for patients who reveal no evidence of progression and can be closely monitored,” the researchers advised. “Further studies to identify subgroups of patients who may benefit from eradication therapy are warranted.” 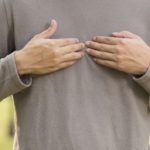