Residual Barrett esophagus after ablation was found to be accurately detected with a positive CytospongeÒ test. These findings, from a prospective multicenter study, were published in Clinical Gastroenterology and Hepatology.

Patients (N=234) with dysplastic Barrett esophagus scheduled for further ablative therapy after one round of endoscopic eradication therapy (EET) were recruited at 4 centers in the United Kingdom and 1 in the United States. Two hours prior to endoscopy, the CytospongeÒ test was performed, which consisted of the ingestion of the CytospongeÒ capsule with approximately 50 mL of water and removal after 7 minutes via an attached string. The sponge was then assessed for the presence of goblet cells.

This study was likely limited by the proportion of inadequate CytospongeÒ tests, which was higher than reported in a previous study. In addition, the estimation of cost-effectiveness may not be reflective of real-world adherence to the surveillance program.

These data suggest that the CytospongeÒ may be effective in detecting residual Barrett esophagus among patients who had undergone eradication procedures and has the potential to be more cost-effective than no surveillance strategy. 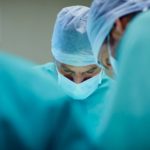