Study data published in Gut describe the long-term outcomes of endoscopic therapy for Barrett esophagus (BE). In a cohort of patients who underwent radiofrequency ablation (RFA) with or without endoscopic resection (ER), long-term recurrence of dysplasia was just 3%. Per these data, investigators concluded that ER ± RFA is an effective means of long-term BE neoplasia eradication.

The Barrett Expert Center (BEC) registry is an ongoing, prospective database designed to monitor BE outcomes among patients treated at expert endoscopy centers in the Netherlands. The current study included data from patients who underwent at least 1 RFA treatment between January 2008 and December 2018. Patients with BE with low-grade dysplasia, high-grade dysplasia, or low-risk esophageal adenocarcinoma (EAC) were eligible for inclusion; patients with high-risk EAC or invasion of cancer were excluded.

At each center, patients were treated by ER of visible lesions followed by trimonthly RFA sessions of any residual lesions until complete eradication. Patients underwent follow-up endoscopies every 3 months in the first year after treatment, then annually thereafter.

In 62% of patients, a visible lesion was removed with ER prior to RFA. This proportion was higher among patients with more severe histological diagnoses. A median (interquartile range [IQR]) number of 1 (0-1) circumferential and 2 (1-2) focal RFA treatment sessions were performed per patient. A total of 1270 (94%) patients achieved complete eradication of visible BE lesions after treatment conclusion. Adverse events occurred in 268 patients (21%), most commonly esophageal stenosis (n=210; 15%). All cases of stenosis were managed endoscopically.

Long-term follow-up data were available for 1154 patients who achieved complete eradication. Median (IQR) follow-up time for these patients was 43 (22-69) months. During follow-up, 38 patients (3%) experienced recurrence of low-grade dysplasia, high-grade dysplasia, or EAC, for an annual recurrence risk of 1.0% (95% confidence interval [CI], 0.8-1.4). All cases of recurrence were detected as endoscopically visible abnormalities.

Random biopsies from normal appearing cardia were obtained during follow-up endoscopies in 1121 patients, among whom 14% displayed non-dysplastic intestinal metaplasia (IM) and 0% displayed neoplasia. IM in the cardia was reproduced during further follow-up in 33% of patients with initial IM, though none progressed to neoplasia. IM was not associated with future risk for BE recurrence. Frequent endoscopies in the first year of follow-up did not contribute to increased detection of recurrence, nor did random biopsies of the neosquamous epithelium (NSE) or cardia.

In this long-term observational cohort, endoscopic treatment with RFA effectively eradicated BE-related neoplasia in 94% of patients. Sustained eradication was observed in 97% of patients who achieved initial eradication.

As far as study limitations, investigators noted that outcome data from ER with RFA may not be generalizable to patients who undergo ER alone. Additionally, all procedures were conducted at expert endoscopy centers. Therefore, results may not apply to treatment conducted in general practice settings.

“In conclusion, this large cohort of all Dutch patients treated with RFA ± ER for BE with dysplasia or low-risk EAC…demonstrates that this approach successfully eradicates the BE segment in 94% of patients,” investigators wrote. “Our data suggest that

post-RFA [follow-up] can be simplified: we may abandon 3-monthly endoscopies in the first year of [follow-up] and we may stop random sampling of NSE and cardia. Instead, dedicated endoscopic inspection, and if needed target biopsies are the most important steps to detect post-RFA recurrences.” 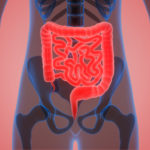