Patients with Barrett esophagus and dysplasia or intramucosal adenocarcinoma (IMC) undergoing endoscopic submucosal dissection (ESD) were found to reach complete remission of dysplasia (CRD) at higher rates than those treated with cap-assisted endoscopic mucosal resection (cEMR), according to study data published in Clinical Gastroenterology and Hepatology.

BE is the only known precursor lesion of esophageal adenocarcinoma (EAC), and endoscopic eradication therapies (EET) have become the standard of care for dysplastic BE and IMC and the prevention of progression to EAC. Although endoscopic resection can be performed by ESD or cEMR the researchers compared both approaches (followed by ablation) to evaluate which was more effective. The study population included 537 patients who underwent ESD (n=81) or cEMR (n=456) from January 2006 to March 2020.

Study limitations included the lack of randomization, and the study’s potential to include patients with more severe disease than may be found in the general population due to the use of cryotherapy, “which may indicate more resistant disease, as cryotherapy was typically utilized in our practice in situations where RFA was unable to induce CRIM,” the investigators stated. Ten percent and 7% of patients in the ESD and cEMR groups received cryotherapy, respectively.

“In the management of dysplastic BE with cEMR and ESD followed by endoscopic ablation, while CRD is achieved earlier and in a higher proportion of patients with ESD, CRIM rates appear to be similar between the 2 groups,” the study authors concluded. “Continued monitoring for additional outcomes such as recurrence are required for further elucidation of the optimal role of these procedures in the management of BE neoplasia.” 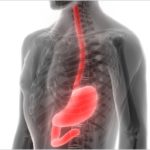