Researchers previously conducted a 12-week, prospective clinical trial (ClinicalTrials.gov Identifier: NCT01728870) comparing the efficacy of CDED+PEN and EEN in inducing sustained disease remission in children with mild to moderate CD. For the current study, researchers sought to characterize changes in fecal metabolites resulting from the CDED+PEN and EEN diets and the association with remission among children with CD.

Children in the CDED+PEN group who experienced diet-induced disease remission by week 6 demonstrated strong and persistent reductions in kynurenine, agmatine, purine, N-acetylputrescine, and substrates required for succinate synthesis, such as malic acid and fumaric acid. These children also demonstrated increased N-a-Acetyl-arginine and vitamin K. These metabolite changes were maintained in 89% of patients in this group through week 12, indicating sustained disease remission. Increased levels of nicotinamide (vitamin B3) only occurred during sustained remission of CD at week 12.

Children in the EEN group who showed signs of diet-induced disease remission by week 6 demonstrated changes in lipid metabolism, particularly sphingolipid metabolism with decreased ceramide concentrations. While some metabolites such as N-acetylputrescine, agmatine, and 24,25-Dihydrolanosterol changed persistently in the EEN group through week 12, other metabolites such as aminoadipic acid and hypoxanthine rebounded to baseline levels when the children, classified as non-sustained responders, were allowed to resume a free diet after week 6.

Unlike the children who responded to EEN nutrition therapy, EEN nonresponders demonstrated no significant changes to their metabolite profiles after 6 weeks, particularly regarding 4 metabolites (hypoxanthine, gluconolactone, AICAR, and 3-pheyllactic acid). The researchers observed improved purine and pyrimidine metabolism in EEN nonresponders compared with EEN responders.

“We demonstrated that the clinical outcome of CDED+PEN and EEN is strongly associated with some metabolite changes such as kyrurenine, ceramides, purine metabolism, vitamins, amino acids, and components of succinate synthesis,” the study authors noted. “Our data can add to the development of metabolomics signatures…to identify patients more likely to respond as well as maintain remission with nutritional therapy and which option is most likely to achieve this…”

Study limitations included small sample size and use of a nontargeted metabolomics approach, which led to reduced resolution during the analysis of complex metabolic pathways. 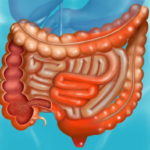