Current guidance from the US Preventive Services Task Force (USPSTF)2 recommends against screening patients older than 85 years for colorectal cancer and remains uncertain about the benefits of screening those between 76 and 85 years.2 According to Joseph D. Feuerstein, MD, of the Division of Gastroenterology and the Department of Medicine at Beth Israel Deaconess Medical Center at Harvard University in Boston, Massachusetts, and colleagues, although new colorectal cancer screening may not be appropriate at the population level, some patients may benefit from screening regardless of age.

In a review published in the Mayo Clinic Proceedings,1 Dr Feuerstein and colleagues summarized the current literature on colorectal cancer screening and older adults.

To Screen or Not to Screen

“The decision to screen older adults for [colorectal cancer] is complex,” the authors noted.1 “Although the current [USPSTF] guideline recommends against screening in patients older than 85 years, there are no data that the benefits of screening cease at any particular age alone as the only factor in consideration.”1-3

In order to determine which patients may benefit from screening, physicians must balance the risk for cancer-related morbidity and mortality with the individual mortality risk related to “other competing health factors,”1 including conditions like congestive heart failure, end-stage renal disease, advanced chronic obstructive pulmonary disease, advanced dementia, and severe functional limitations in activities of daily living — all factors that may reduce life expectancy compared with healthy controls.1

Before proceeding with a screening-related course of action, patient life expectancy must be estimated. Tools such as ePrognosis can be used to aid in this prediction, in conjunction with cognitive and capacity assessments to ensure that patients are able to engage with shared decision-making.1

Currently, a number of tests are available to screen for colorectal cancer; however, most have not been validated in an elderly cohort. Available screening tests can be categorized into invasive and noninvasive modalities, the details of which are outlined below.

Sigmoidoscopy has primarily been studied in European populations. One trial — the Prostate, Lung, Colorectal, and Ovarian Cancer Screening Trial — included 20,726 patients age 70-74, with results demonstrating a 20% reduction in colorectal cancer incidence and a 35% reduction in mortality.4 Prior to this procedure, adequate bowel preparation must be undertaken. Risks are typically less than with colonoscopy, but cardiovascular risks persist when sedation is required. Additionally, this procedure does not evaluate the right colon, meaning that some lesions may be missed.1

This procedure has been approved by the US Food and Drug Administration (FDA)5 for patients who have “undergone previous incomplete colonoscopies requiring proximal colon imaging”1 and for patients who are at a higher risk for colonoscopy or sedation. However, study of capsule colonoscopy is limited due to poor bowel preparations, and the procedure has not been studied in older adults. In the event that lesions are identified, patients may be required to undergo a second procedure. Risks include capsule aspiration, choking on the capsule, and developing a retained capsule due to narrowing in the gastrointestinal tract.1

This imaging modality is associated with an 82% to 92% sensitivity for adenomas 1 cm or greater in size.5,6 Bowel preparation is required for this procedure, in which carbon dioxide insufflates the colon through a rectal catheter. The US Multi-Society Task Force (US-MSTF) recommends that physicians proceed with colonoscopy for patients with polyps larger than 6 mm.7 Although this procedure has been FDA approved for screening asymptomatic patients older than 50 years, it has not been evaluated specifically in a population of older adults. One study, focused on patients older than 65 years, found that older patients had poorer insufflation and demonstrated evidence of retained fluids in the colon compared with younger patients; no significant difference in polyp detection was noted between the 2 groups.6 Risks include exposure to radiation from the CT scan and possible perforation due to insufflation of air.1

Before utilizing a noninvasive modality, physicians must assess for which modalities the patient is a reasonable candidate, and — importantly — must ensure that the patient is “willing to pursue colonoscopy if the result is positive.”1 One risk associated with these types of procedures is the possibility of false positives, which would result in further invasive testing via colonoscopy.1

Multiple studies including large samples of older adult patients (ages 70 to 80 years) have demonstrated a mortality benefit when using fecal occult blood test to screen.1 In fact, this method — specifically, annual or biennial testing — has been associated with a significant reduction in colorectal cancer incidence, likely due to the identification and removal of precursor lesions for colorectal cancer.8

One single fecal occult blood test, performed during a digital rectal examination, is “not adequate” for screening;1 serial tests must be performed. This test is associated with a high rate of false positives — 86% to 98%1 — and, as such, the US-MSTF recommends against its use, although the American Cancer Society (ACS) guidelines acknowledge this test as acceptable.7,9 Because a positive test triggers further invasive testing, there is risk associated with performing fecal occult blood test as a method of colorectal cancer screening in older adults.1

In 2014, multitarget stool DNA testing was compared with fecal immunochemical testing in 903 adults 75 and older (total N=9989).10 Researchers indicated a 92.3% sensitivity for detection of colorectal cancer compared with 73.8% sensitivity with fecal immunochemical testing.10 Sensitivity for advanced precancerous lesions was 42.4% vs 23.8% for each modality, respectively.10 Despite these positive results, it is important to note that validity is limited due to the limited number of elderly participants. ACS guidelines do not recommend this test for patients older than 85.9 However, there is “significant appeal” associated with stool DNA testing, including its high sensitivity and its safety in administration. Patients who are not medically cleared for colonoscopy should not undergo stool DNA testing.1

Researchers have found that methylated septin 9 has been correlated with early colorectal cancer carcinogenesis, which can be detected in blood via real-time polymerase chain reaction.11 For neoplasia, specificity of 92% has been reported.12 Among elderly adults, this modality should be used cautiously as, the authors noted, the false positive rate increases with age.1 Septin 9 testing is not considered a confirmatory test, and positive results require follow-up with colonoscopy or other invasive diagnostic testing. Major gastroenterology societies do not recommend septin 9 testing.2

In addition to the risk for false positives, Dr Feuerstein and colleagues noted that a risk for false negatives also exists. Such scenarios can result in significant anxiety and distress for patients.1

In addition to poor preparation, some preparations, including oral sodium phosphate and magnesium citrate, are associated with an increased risk for renal complications in older adults.14,15 Volume depletion, renal impairment, and electrolyte abnormalities are all potential risks. Split-dosing bowel preparations may result in increased falls and cognitive changes.

For patients requiring procedural sedation, studies have focused on the use of both a benzodiazepine and a narcotic agent. One study, for example,17 found that in a study population of 214 consecutive patients with a median age of 87 years, 35% required sedation with both midazolam and fentanyl. No procedure-related mortality was noted among this patient group. Another study,18 prospectively analyzed 2000 colonoscopies and found that 59% of the elderly group (n=1000, age 65 and older) required intravenous midazolam with a significantly lower median dose. In that study, investigators noted that endoscopic complication rates have been used to justify the use of “alternative colorectal imaging investigations,” but data do not support this belief.18

Despite these data, The American Society of Gastrointestinal Endoscopy recommends that in order to reduce the risk associated with anesthetic use in older adults, fewer sedative agents at lower doses should be used, and medications should be administered via a slower infusion rate.1 Propofol is also safe and effective in cohorts of older patients,19 and American Society of Gastrointestinal Endoscopy recommendations suggest that a lowered dose be administered slowly in this patient population.

Deciding When to Cease Screening

Patients with a life expectancy of less than 10 years should consider stopping colorectal cancer screening — especially in patients with a significant comorbidity burden.1 Regardless of the decision, physicians should thoroughly document all discussion details.

“Although there is a balance been risk and benefit in colon cancer screening in the elderly, there is general consensus that an age cutoff is not that sole factor contributing to colon cancer screening decision making,” Dr Feuerstein and colleagues concluded.1 “Balancing the risk and benefits of further screening in the older population should be between the provider and the patient, taking into account personal preferences, comorbidities, functional status, and life expectancy.”1 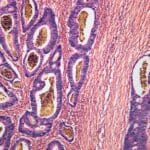