Split-dose sodium picosulfate/magnesium citrate (SPMC) and polyethylene glycol (PEG) are safe and adequate at-home bowel preparation agents for outpatient colonoscopies, but patient satisfaction, ease of use, and adherence were found to be higher with SPMC. These findings, from a systematic review of 8 randomized controlled trials, were published in Clinical and Experimental Gastroenterology.

A study reported SPMC as the best-tolerated (P <.006) and PEG as the worst-tolerated (P <.001) preparation; this finding was generally consistent across the investigations. Another study found that 93.6% of SPMC recipients would repeat colonoscopy preparation using that method compared with 59.7% who were assigned to PEG.

The review authors concluded that split-dose SPMC and PEG were similarly effective bowel preparation agents prior to outpatient colonoscopy but noted that “split-dose SPMC may be associated with improved patient tolerance, adherence rates, and less side effects” than PEG.

Disclosure: An author declared affiliations with industry. Please refer to the original article for a full list of disclosures. 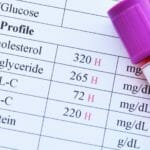