Polypectomy on Insertion Versus Withdrawal: A Common Dilemma - Gastroenterology Advisor

When performing a colonoscopy, gastroenterologists frequently encounter polyps on insertion and often face the dilemma of whether to perform polypectomy (PP) at that time or during withdrawal. This decision is multifactorial but can rely heavily on certain quality indicators that have been established within gastroenterology; these indicators not only guide PP but also underscore the overall importance of value-based care.

These quality indicators include cecal intubation rates. For example, “effective colonoscopists” are expected to be able to intubate the cecum in 90% or more of all cases and in a minimum of 95% of the time when the indication is screening in a healthy adult. Both instances can play a significant role in electing when to pursue PP.1

Another key quality indicator that influences the timing of PP is the adenoma detection rate (ADR), which represents “the primary measure of the quality of mucosal inspection and the single most important quality measure in colonoscopy,” because it is a precursor for predicting patient safety.1 ADR has been validated in multiple studies as a quality indicator, with higher ADRs associated with lower risks of interval colorectal cancer (CRC) and CRC mortality.2

The recommended minimum target for overall ADR is at least 25% in patients 50 years of age or older who are undergoing screening colonoscopy. However, when stratified by sex, the recommended ADR target in men and women is 30% and 20%, respectively.1 In addition to ADR, another quality indicator is the mean withdrawal time, with a recommended performance target of 6 or more minutes in patients with intact colons who are also at an average risk for CRC.1 Depending on the type of practice a gastroenterologist is working in, meeting these quality indicators may be challenging.

These quality indicators play a significant role in determining whether a polyp should be removed on insertion or upon withdrawal. Gastroenterologists may be concerned to perform a PP on insertion because doing so may compromise cecal intubation rates or overall procedure time. Conversely, they may also be concerned that if the PP is deferred until withdrawal, the polyp could eventually become lost based on different anatomical configurations of the colon during insertion and withdrawal.

The concern regarding lost polyps may be especially prominent for polyps less than 10 mm in size. Whether polyps smaller than 10 mm should be removed during the insertion phase is “controversial,” according to Cheng et al, but endoscopists broadly agree that polyps 10 mm or greater should only be removed during withdrawal.3

The frequency at which situations where gastroenterologists must decide whether to perform PP on insertion or upon withdrawal present has sparked great interest in this topic over the past several years. In 2019, Cheng et al published findings from their single center, prospective, randomized trial (ClinicalTrials.gov identifier: NCT03444090) in Journal of Gastroenterology and Hepatology.3

In the study, conducted in Taiwan, 421 patients who were at least 45 years of age and undergoing colonoscopy were randomized assigned to receive PP during insertion and withdrawal (study group; n=211) vs PP during withdrawal alone (control group; n=210). There were no significant differences in baseline characteristics between groups. In the study group, polyps less than 10 mm in size were removed as they were identified on insertion and withdrawal while polyps that were at least 10 mm were removed only during withdrawal. In the control group, PP was performed exclusively on withdrawal.3

Interestingly, proximal colon ADR, which was higher in the control group compared with the study group (56.2% vs 46.0%; P =0.041), constituted one of the only differences. Proximal colon ADR is important to note because many right-sided polyps can be missed and/or be more challenging to remove. The authors concluded that their findings did not support an additional role for routine inspection and PP during insertion. “This [randomized controlled trial] suggests that inspection and [PP] during both insertion and withdrawal compared with only withdrawal does not increase the ADR and other secondary quality measures,” they concluded.3

Another study (University Hospital Medical Information Network identifier: 000030712) led by Teramoto et al specifically evaluated the potential advantages of PP on left-sided polyps during insertion.4 Findings from this analysis were published in Gastrointestinal Endoscopy in 2020. A total of 220 patients were eligible to participate in the trial. The study group consisted of 120 patients who had PP performed immediately upon insertion whereas the control group included 100 patients who had PP performed only on withdrawal.

In the control group, if a polyp identified on insertion was not seen on withdrawal, the endoscopist had to reinsert the scope and search for the polyp for at least 2 minutes. In the control group, a total of 107 polyps were encountered on insertion, with 48 (45.8%) that required reinspection and 7 (6.5%) that were completely missed. The mean re-inspection time was approximately 3 minutes.

By contrast with what Cheng et al reported, the mean total procedure time in Teramoto et al’s study was significantly shorter in the study group vs the control group (18.9 vs 22.3 minutes; P <0.001).4 Withdrawal time was also shorter in the study group compared with the control group (7.9 vs 11.0 minutes; P <0.01). There were no statistically significant differences between the groups in total number of polyps (254 vs 210), the mean number of polyps per patient (2.1 for both groups; P =0.90), cecal intubation rates (98.3% vs 98.0%; P =0.854), or cecal intubation times (2.1 minutes vs 2.0 minutes; P =0.76). The authors did not calculate ADRs. Teramoto et al concluded that PP during insertion “significantly shortens” overall procedure time and “eliminates all missed polyps” without “disadvantages.”

Findings from Cheng et al and Teramoto et al’s analyses contrast with data from Chandan et al’s systematic review and meta-analysis of 7 randomized controlled trials, published in Gastrointestinal Endoscopy in 2020.5 The analysis included 3834 total patients, 1951 of whom underwent PP during insertion and withdrawal (study group). The remaining 1883 had PP only during withdrawal (control group).

The pooled cecal intubation time was longer in the study group compared to the control group (9.5 minutes vs 7.1 minutes; P =0.004). The authors surmised that there was no ADR or polyps detected per patient advantage to removing polyps during the insertion and withdrawal phases.

Although studies on PP performed during insertion have shown conflicting data, several points should be considered. PP during insertion may prolong cecal intubation time but might not increase ADR based on over-insufflation of the colon, leading to changes in anatomy and/or angulation. If excessive time is spent on insertion in these cases, it may lead to fatigue and increased pressure to minimize withdrawal time, which could lead to less effective polyp detection on withdrawal.3 When evaluating these types of insertion/withdrawal studies, it is important to note that endoscopists are predominantly not blinded to study design, which may impact outcomes.

There are also a multitude of other factors that may be difficult to control for that can influence outcomes, including type of bowel preparation score utilized (eg, Boston Bowel Preparation Score vs Aronchick Bowel Preparation Scale), split vs traditional bowel preparation, endoscopist experience, ease of study, type of sedation, carbon dioxide vs air insufflation, and setting of colonoscopy (eg, hospital vs outpatient endoscopy center). 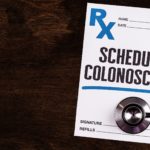