Fecal immunochemical test (FIT) screening is effective in reducing the incidence of colorectal cancer (CRC) and mortality, according to study results published in Clinical Gastroenterology and Hepatology.

Various tests are used to screen individuals at average risk for CRC, but experts recommend FITs over guaiac-based fecal occult blood tests (gFOBTs) for FITs’ increased sensitivity in detecting advanced adenomas and CRC. FITs also have a comparable or higher level of specificity due to not being affected by diet, unlike gFOBTs. Up until the current study, data had been limited on the effectiveness of FIT screening compared with no screening for decreasing the incidence of CRC.

For the analysis, researchers reviewed data on CRC incidence and mortality by comparing results of people who had participated in an Italian regional biennial FIT screening program with people who had not. The program started in 2005 with a target population of over 1,000,000 people aged 50 to 69 years. Researchers identified individuals who registered up to December 2016 and calculated self-selection-adjusted incidence rate ratios (IRR) and incidence-based CRC mortality rate ratios (MRR) for program attenders and nonattenders.

“Our data corroborate the few previous observational longitudinal studies on the effectiveness of FIT screening in reducing CRC incidence,” the study authors noted. 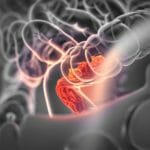