Clopidogrel used on its own or in combination with low-dose aspirin may have a protective effect on colorectal cancer (CRC), a magnitude similar to that of low-dose aspirin alone, according to study results published in Clinical Gastroenterology and Hepatology.

In this case-control study, researchers collected data on 15,491 incident CRC cases and 60,000 randomly selected controls using the Base de datos para la Investigación Farmacoepidemiológica en Atención Primaria database in Spain. Data was observed between January 1, 2001, and December 31, 2014, and included patients between the ages of 20 and 89. The effects of 3 antiplatelet drugs were studied: low-dose aspirin, clopidogrel, and triflusal. Researchers built multiple logistic regression models and computed adjusted-odds ratios (aORs) to estimate the association between exposure to different antiplatelet drugs and the risk for CRC.

This study had several limitations. First, there is a small probability of false-positive results that may have resulted in a minor dilution of the effect of the drugs used in this study. Second, misclassification of low-dose aspirin may be present in this study because aspirin can be dispensed over the counter and is nearly free in Spain, and commonly used long-term by those who also use other prescription cardiovascular drugs. Third, researchers were unable to analyze results based on antecedents of colonoscopy because tests were not recorded in a systematic way in the database. Lastly, due to the observational nature of this study, researchers could not rule out the possibility of unknown residual confounding.

The study researchers concluded that clopidogrel has a protective effect on CRC comparable to that of low-dose aspirin, which contributes to the concept that platelet targeting may be a promising strategy for disease prevention. 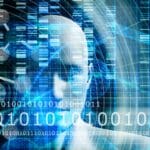 AGA: Gastrointestinal Innovation at the Forefront of Clinicians’ Minds